Safety check on the day of Friday prayers outside the Izala mosque Abba Adji where preaching Imam Abubakar Mala Hadji, 35.
In his mosque in Diffa, he preaches three times a week against the violence and against the temptation to join the rebels. He says that around 1,400 men, women and children come to his mosque to learn about the Koran and religious practice: “I hope that rebels hear my sermons and pass on the message of peace. I know that I’ve persuaded some of them.” He was one of 11 imams who took a stand against the violence in Maiduguri, Nigeria, where he lived. Seven of the 11 have been killed. “A little more than five years ago, I had to flee to Niger,” he says. Over the past two years he has been helping the ICRC communicate with other religious leaders and spread awareness of universal humanitarian principles and human rights. 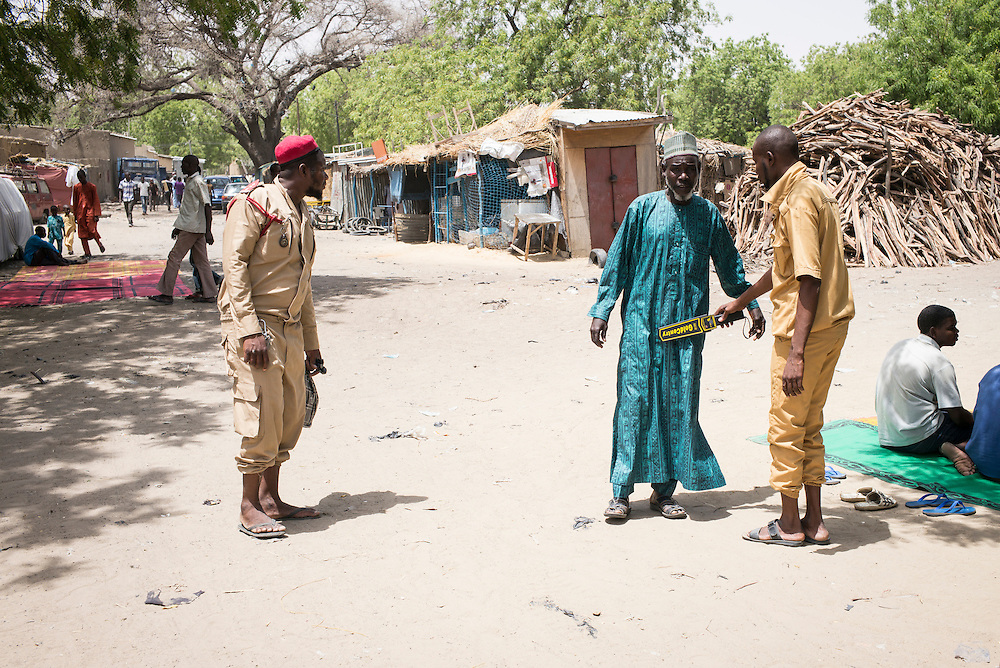