A sign in the center of Bosso calls the population to collaborate with the authorities in order to fight against Boko Haram. Many insurgents hide among the civilian population, making it difficult to maintain security for the Defense Forces and Multinational Security.

The conflict and the resulting lack of security have caused the local economy to crash and severely hampered cross-border trade, fishing, irrigated agriculture and nomadic herding. In an area where climatic conditions are already precarious and options limited, people are turning increasingly to aid. In Bosso alone, the ICRC is providing almost 25,000 people – nearly a third of the population – with emergency food aid every month. 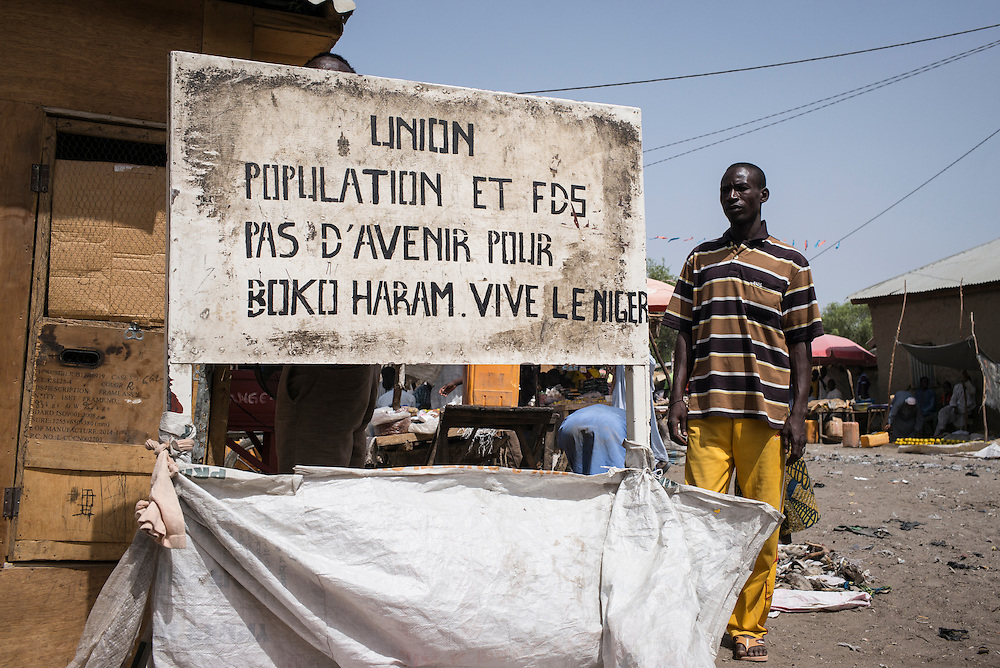